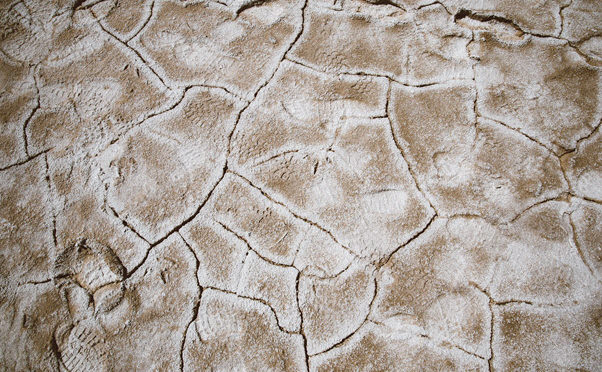 One of my favorite authors and speakers, Gayle Erwin, has an article on his website where he describes hell as being in an ocean of oatmeal. From his article he talks about being caught in this oatmeal abyss:

“We try to scream. But our passion of soul earns a mouth full of oatmeal. The years trudge by as we rest in the mire, thinking slow, lizard-like thoughts.

Hell is cold oatmeal. It is life without passion or desire. Hell is numbness as well as pain. Hell is believing there is nothing worth getting excited about. Hell is a swamp of blandness.”

Sound familiar?  I know my life often feels this way, devoid of excitement, energy, passion.  I recently took my daughters and their friends to a trampoline gym (yes, these places exist and why didn’t I think of them?) and I noticed that they ran everywhere.  Excited to get to the next court, running to the next activity.  It made me realize that I don’t really run anywhere anymore (and not just because I have bad knees).  I don’t have that passion for anything anymore.  What happened?  Where’d my passion go?  How did I get mired in oatmeal?

Jesus’ final week suffering and death is referred to as the Passion.  If you think about it, it’s kind of an odd thing to call passion: suffering, pain, betrayal, death. The word comes from Greek (πάσχειν paschein, ‘to suffer’), but I don’t think it is a coincidence that we use this word for the things we get excited about as well.  When we are passionate about things, we’re willing to suffer for them.  We’re willing to endure pain for them.

While Jesus was going through the pain of the final week, He was passionate.  Not about the pain, not about the betrayal, but about us.  The week of Jesus’ passion was a passion for us and for redeeming us from our brokenness and sin.  So what are we passionate about? Our football team?  If we’re truly passionate for our team, there’s pain when they lose.  Our families? Our good friends lost their daughter at age 8 and believe me, there’s pain there.  Good food? Entertainment? Material things?  There’s pain because these are passing things.  The pleasure they bring ends.

Ultimately, Jesus calls us to really be passionate about the things of God and our relationship with Him.  Revelation 3:15-16 says

“I know your deeds, that you are neither cold nor hot. I wish you were either one or the other! So, because you are lukewarm—neither hot nor cold—I am about to spit you out of my mouth.”

The word used in this verse that is translated as spit, actually means to violently spew.  We’re talking serious blowing chunks here.  God cannot stomach apathetic lives.  He is not looking for wishy-washy, passive, half-hearted followers, but rather he wants people who are willing to be on fire.  On the feast of Pentecost, the Holy Spirit didn’t show up as a bowl of room-temperature oatmeal.  He showed up as tongues of fire.  As a friend of mine said at a summer camp years ago, “you better be a fireball or a snowball.  If you’re not a fireball or a snowball, you’re gonna be a spitball”

Many years ago, a good friend of my family’s used to get together with my dad to talk about God and spiritual things.  My father, who was Jewish, was born in Germany at the wrong time to be Jewish.  He was fortunate to have escaped to America (the rest of his family wasn’t so lucky), but over the years he became apathetic to all things spiritual.  My mother, who was Catholic, took us to church every Sunday, and my dad came along. But it was more to just keep the peace with my mom, than it was out of any spiritual desire.  I would talk to Stuart after he would meet with my dad (Stuart was also Jewish, but had faith in Jesus as his savior.  A completed Jew he would call himself) and he would say that the most frustrating this about talking to my dad was that he would just say “okay, sure” to whatever Stuart was talking about.  He would say to me that he would prefer that my dad would get angry and argue with him, but that there was no way to deal with the apathy.

I think that sometimes, even more so than outright rebellion, apathy grieves the heart of God.

In Matthew 5:13 Jesus says “You are the salt of the earth. But if the salt loses its saltiness, how can it be made salty again? It is no longer good for anything, except to be thrown out and trampled by men.”  When we hear this scripture talked about, it’s usually about how salt is used as a preservative and how we are the preservatives of the world.  When God was getting ready to destroy Sodom, Abraham negotiated with Him to preserve the city if he could find just 10 righteous men in the city. And God agreed.  For the sake of 10 righteous men, God would preserve the city.  However, there is another use for salt, and that is as a spice.  We use spice to make food more interesting, more flavorful. To give food a little kick and enhance the flavor.  In the same way, we need to be spice to this world.  We’re here to make things a little more interesting.  To kick thing up a notch.  When it comes to food, I am pretty much a spice wimp.  I don’t really like spicy food. But when I started thinking about this scripture, I started looking into what makes spicy so hot.  The “hotness” of a pepper is measured in Scoville units.  The higher on the Scoville scale, the hotter the pepper.  For example, a bell pepper has a Scoville rating of 0.  A pepperoncini has a Scoville rating of between 100 – 500 and a Habanero pepper has a rating of between 250,000 – 300,000.  That’s getting pretty spicy.  The hottest pepper we know of is the Trinidad Scorpion pepper, which has a Scoville rating of almost 1.5 million.  Yes, that’s 1.5 million Scoville units.  Suffice it to say that if you add a Scorpion pepper to your food, you’re going make things interesting.

1 Peter 3:15 says to “Always be prepared to give an answer to everyone who asks you to give the reason for the hope that you have.”  This verse makes one very big assumption: people are asking us questions that we’re going to have to answer.  Now why would people be asking us questions?  If we’re living our life the same way everyone else is, if there’s nothing different about us, if we’re a bell pepper, people won’t have anything to ask about.  But if we’re living a life full of passion, a life that stands out, if we’re a scorpion pepper, people are going to notice.  People are going to ask questions.

Okay, so what does this actually look like?  A life that stands out? A life that people ask questions about? A Scorpion pepper life?  Scripture gives us two very clear answers.  In 1 Peter, Peter writes that people are asking questions about our hope.  That’s the first hallmark of a spicy life.  We have hope in a world where hope is pretty thin.

What does hope look like then?  Hope, true hope that Jesus brings, is more than just wishful thinking or blind ambition.  Scripture defines hope as “the assurance of things looked for, the evidence of things not seen”.  Webster’s defines hope as “to cherish a desire with anticipation; to expect with confidence”. Expectation. Anticipation. Confidence.  Assurance that God will provide for that bill that’s due and there’s no money to pay it.  Confidence to live without fear.  Understanding that this life is transitory.  That we have something better in store. Hope’s not easy, but hope stands when everyone else runs.  As they’re looking back in fear, they see your hope standing firm in the evidence of what they don’t see.

Jesus gives us the second indicator of a spicy life, a life that people take notice of: love.  In John 13:34-35, Jesus said he gives us a new commandment: that we are to love one another, just as he has loved us. “By this everyone will know you that you are my disciples, if you love one another.”  Now our society is full of “love”.  Just watch an hour of TV and you’ll see plenty of “love”. But the love that Jesus is referring to is something different.  Something real.  Something eternal.  1st Corinthians 13 describes this love in detail: patient, kind, not boastful, not proud. Love doesn’t take advantage of the troubles of others. I’m reminded of the finale of the movie Cars.  Lightning McQueen is about to win, but when the king is run off the track and flips, he stops and goes to help.  He lost the race, but people (well, cars anyway) noticed.  That’s what love does.  The world sees love as a transient thing. Disposable, when it’s not convenient. To the world, love is an emotion, and when the emotion is gone, so are they.  To us, love is a commitment. It’s saying that I won’t give up on you, even when every emotion inside says to run. It’s saying that I will choose those that no one else wants.  So when we commit to love, when we love others, prefer others, give to others when we may not even have enough for ourselves, commit when it’s not convenient, then the world will take notice.  They will know we are his disciples. Then we will be a scorpion pepper and fire up this world.

© 2020 Bird of Passage. Designed and created by Sinasohn Communications Group.